Nine Stones Close Stone Circle also known as The Grey Ladies only has four stones remaining. This was a 45-foot circle of stones with the stones being the tallest in Derbyshire and ranging from 1.2m (4 feet) to 2.1m (7 feet) in height, this tallest being located at the southern end of the circle.

In the middle of the 19th century, the antiquarian Thomas Bateman recorded 7 upright stones at the site as well as finds of pottery sherds and flints.

A fifth stone from the original nine was used as a gatepost and can be seen in the wall to the south between the circle and Robin Hood’s Stride – this gateway is now blocked. 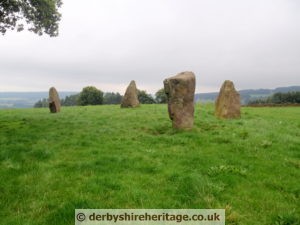 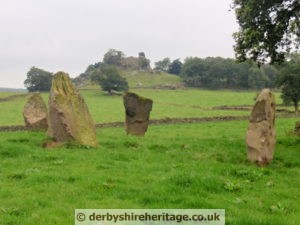