Fair Flora is to be found in Stoke Wood, part of the Stoke Hall estates a statue named after the Roman goddess of flowers for the garland she holds.
She had an eventful history before being located in her present position.

The statue was once in the grounds of Stoke Hall and probably originated from Chatsworth, where there is Flora’s Temple, as a gift to Mrs. Taylor, a member of the Bridgeman family who were resident at Stoke.

Originally she was at Chatsworth House until being given to Stoke Hall. Unfortunately after arriving at Stoke Hall there came ill-fortune and even hauntings. It was decided that Fair Flora was to blame and thus she was moved to her present location.

One was that the statue had been erected in memory of a local girl who was drowned in the flooding river Derwent whilst crossing the stepping stones above Leadmill Bridge as she eloped with her lover.

One version was that it was a memorial to a girl abducted and murdered by gypsies in Stoke Wood.

Flora was also reputedly erected in memory of a young maiden brutally murdered by her lover at the old bathing-house, which is fed by a warm spring, in nearby Home Wood.

A different story was that a daughter of a former owner of the Hall fell in love with the son of the Eyam village cobbler and because of the class difference she was prevented from continuing the relationship by being locked up in an attic room at Stoke. However with her lover as an accomplice she escaped and was fleeing from the Hall with him when they were pursued into Stoke Wood, where the poor girl was shot dead, either by accident or design, depending on the story-teller. Another version of the ending was that she drowned whilst crossing the River Derwent stepping stones.

Probably the most implausible story of them all is that the model for the statue was that of a mistress of a former owner of the Hall, whose wife, upon discovering his indiscretions, took great exception to the presence of the shapely statue on the lawns in front of the home and had poor Flora banished to the woods.

Who knows what the answer is?

In 1984 Stoke Hall Quarries, who allow Flora to receive visitors, joined with Eyam Woodlands Parish Council to have her cleaned and restored. She was decapitated by vandals about 30 years previously. A local resident rescued the severed head and kept it safely hidden in his garden shed. 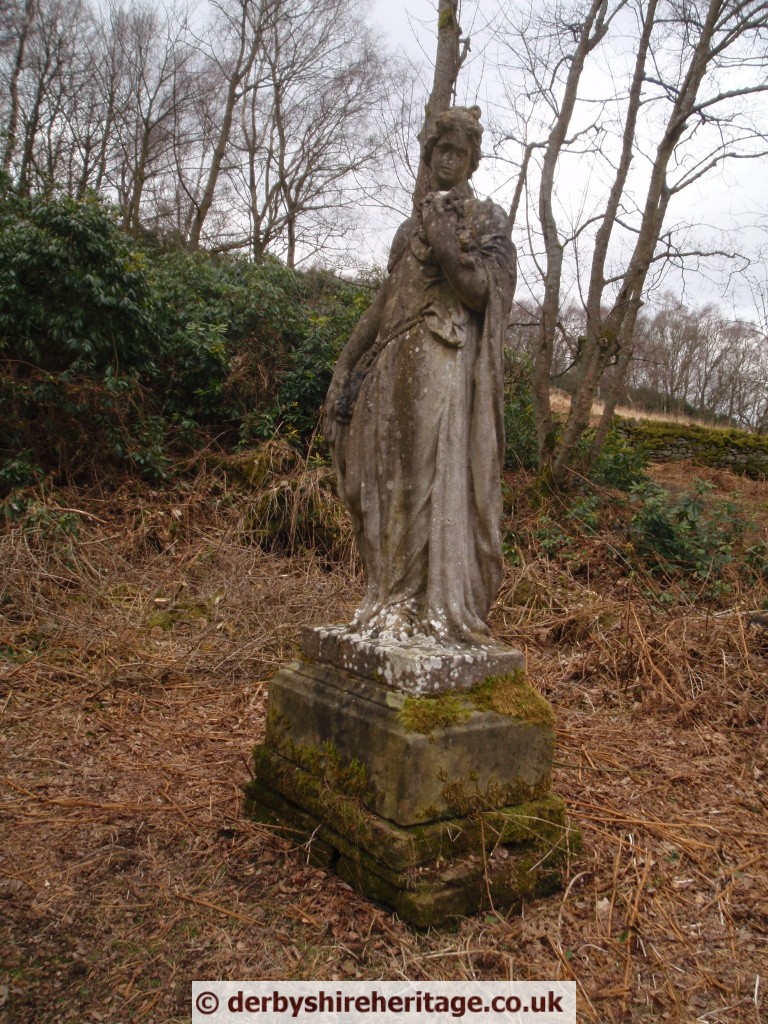 Class 6 of Grindleford Primary School made an interesting film about Fair Flora well worth watching.