↓
The village of Spinkhill was first mentioned in a Pipe Roll (a tax list) in 1273, where Michael de Spinghill is listed. The name ‘Spink’ in the Derbyshire dialect is any bird of the finch family, especially the Chaffinch (Chaffinch Hill – Spinkhill). The Parish Church of The Immaculate Conception and Mount St Mary’s College overlook the village.

MOUNT ST MARY’S COLLEGE – at the former Spinkhill Hall.
There has been a Jesuit presence in Spinkhill since 1580 when the Manor sheltered the first Jesuit Fathers working in England during the Reformation. In its present form Mount St Mary’s Catholic College was opened on 17th September 1842 under the administration of the Jesuit Order. The first pupil was reputed to be John Young.
Mount St Mary’s College was first founded by Jesuit fathers at Stanley Grange near Derby in 1620. At this time the Penal laws 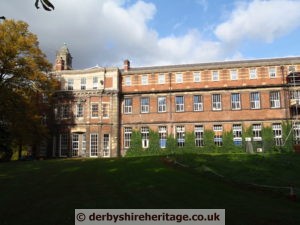 were fully implemented against Catholics and the fathers of the English Province of the Society of Jesus. It is one of the oldest foundations in the Midlands.

After numerous changes, the College was formally opened under the dedication of the Immaculate Conception in the hamlet of Spinkhill, a property of the Pole family. The College opened in 1842; its founder was Rev. Randall Lythgoe, SJ Provincial of the Society of Jesus in England.

The College buildings date, in part, from the 16th and 17th centuries, the Sodality Chapel being the earliest remaining building. The Jesuits had a College at Holbeck Woodhouse, near Welbeck, which was raided by the soldiers of Charles II and the furnishings were brought to Spinkhill.

Joseph Hansom, an architect and inventor of the Hansom Cab, built the first College buildings in 1840. The Hopkins wing (girls) was constructed a little later (1850) and the New College was begun in 1876 and completed in 1912. The school Chapel, designed by Adrian Gilbert Scott, was dedicated as a war memorial in 1924. The Ante Chapel enshrines the names of 100 Old Mountaineers (Old Boys) who died in the Great War 1914 – 18.

For a short period Gerard Manley Hopkins, (28 July 1844 – 8 June 1889), a famous Victorian poet taught Greek and Latin at Mount St Mary’s College, Spinkhill where he took the post of sub-minister and Classics master. 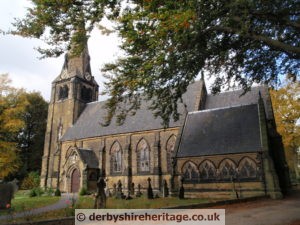 SPINKHILL PRIMARY SCHOOL
The Village School at Spinkhill was founded in 1810, by the Society of Jesus in a house in the grounds of the College. It accommodated thirty poor children. The Headmistress was a French Lady, known to the villagers as Miss Smith who was said to have fled the French Revolution. Dr Henderson, Bishop of Nottingham laid the foundation stone of the new Village School in 1852. The present school now accommodates the original building. 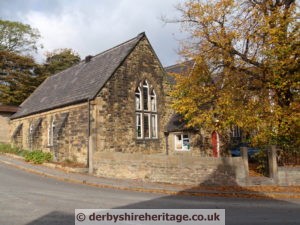 CLOCK COTTAGE
in 1939/40 the ornamental garden at Park Hall was turned over to food production. The statues etc were removed as was the clock which the Hall gardener rescued and installed into the wall of the cottage now known as Clock cottage.
However don’t set your watch by it as it is a clock face with no mechanism. 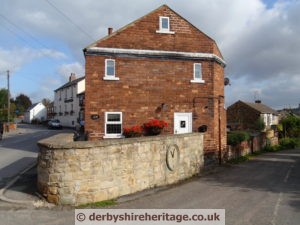 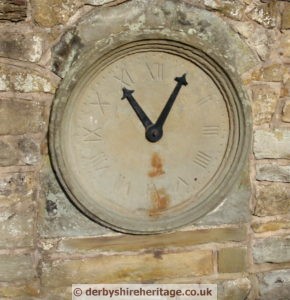 PARK HALL
The Pole Family who lived at Park Hall were prominent in the history and church politics of the area in the 16th Century. A date of 1610 appears over one of the porticos. The house has seen many changes and has been converted from family residence to Park Hall Residential Country Club and back to a private residence.

On 9th November 1964 the Beales made their final appearance at the City Hall in Sheffield. Following the show they stayed at the Park Hall Residential Country Club, Spinkhill before moving on to their next venue in Birmingham. They stayed overnight on November 9/10 1964 and landed on the lawn in front of the building by helicopter. 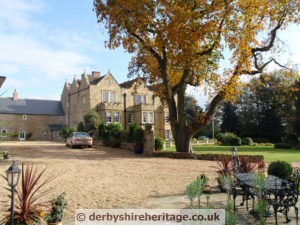 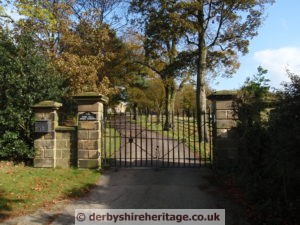