Bose Low was also known as Bowers Low, Rose Low and Boars Low (which may be a typographical error). This well preserved Bowl Barrow is a scheduled monument and can be found just off the A515 turn to Tissington. The barrow is 3m high, measuring 25x24m. When excavated by Lucas in the 1860’s it was found to contain a cremation and a contracted inhumation, and a later Anglian burial.
The primary burial was a crouched skeleton on old ground surface plus secondary burial. Finds included a 1m length sword mounted in silver, iron spear head & sugar loaf shield boss. 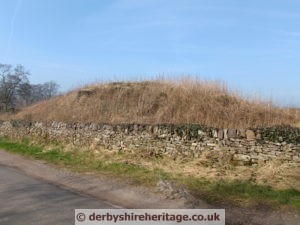 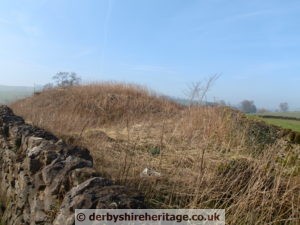