Jubilee Rock is in Chatsworth Park At its Northern edge there is a carved an inscription on the face of what is now known as Jubilee Rock to commemorate Queen Victoria’s Golden Jubilee. The rock was previously known as the Elephant Stone. Dr Wrench  arranged for the erection of the Wellington Monument which was a balance to the more modest Nelson’s Monument on nearby Birchen Edge. Also he was responsible for the unique east-facing clock on Baslow Church and an unconventional stone commemoration in the area, The Jubilee rock in Chatsworth Park, both marking Queen Victoria’s 1897 Diamond Jubilee. 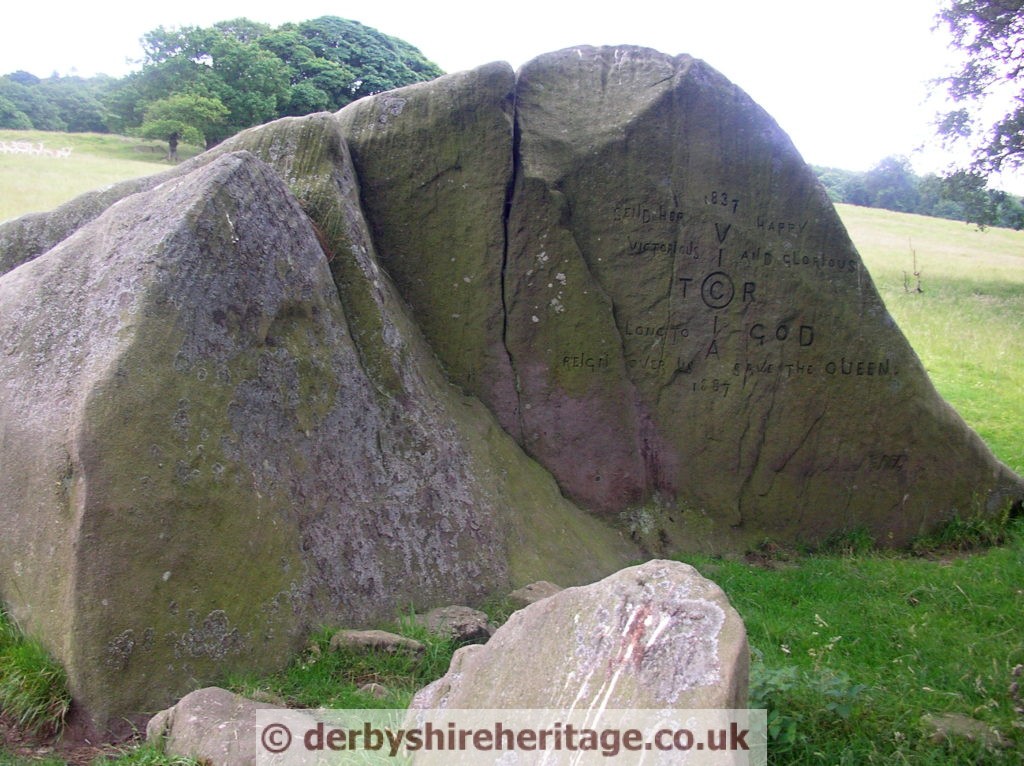